Which is Helpful One-handed or Two-handed Backhand

It is often a tough decision whether to play using a one-handed backhand grip or a two-handed backhand grip. There are pros and cons to every case. To complicate matters, every player is different, and they may even differ between the use of one or two hands for backhand returns over time with the best tennis racquet.

Before 1970, tennis players were only one-handed with backhand hits. With the etiquette of respectable,to use two handssimply was not done and so didn’t show up in any training manuals of the era.

The successful tennis player Bjorn Borg changed all that. With the combination of his two-handed backhand and numerous winning matches, a change swept across the tennis landscape and players quickly adjusted to using both hands to grip the racket.

Which Is Easier for Beginners?

For many beginners, being able to use two hands for their backstroke is reassuring. This is particularly the case for women and children. Mostly in the latter case, the strength available in their shoulder, arm, and wrist make it difficult to strike the ball with any real power. When using a two-handed grip, it is easier to keep the racket steady, flow through the shot, and use more of the body and strength from both arms to strike the ball more powerfully.

Is Single-handed Better for Reach?

When a ball it returned into the corner near the baseline, it often takes a fully outstretched arm to reach the ball before it sails past. For two-handed players, this severely restricts their ability to return the ball because they are not able to plant their feet and reach as far with this type of grip. Simply put, one-handed backhand offers greater range.

A slice shot where one adds backspin to the ball to make it spin backward after bouncing is a single-handed move. Trying to use two hands to perform a slice doesn’t achieve pleasing results. Don’t trust us? Try it for yourself and see!

There is no right or wrong answer with how many hands to use for a backhand grip. Ultimately, there are pros and cons to each approach. It also comes down to what the tennis player is comfortable with and requires, rather than correct and incorrect technique. 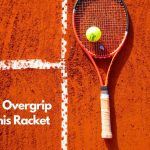 Tips To An Overgrip On A Tennis Racket

HOW TO CHOOSE A TENNIS RACKET

HOW TO HOLD A TENNIS RACKET

What is The Difference between Tennis Shoes, Running Shoes and basketball shoes? 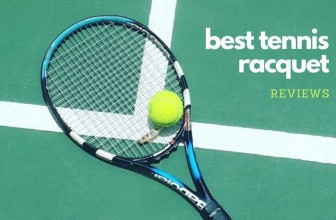 This review helps you to choose the best tennis racquet in the world. It’s commonly agreed that ... 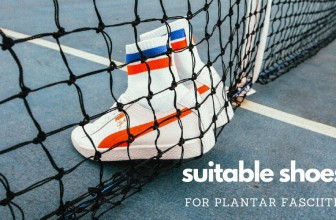 What is plantar fasciitis? It is an inflammation of the area called "plantar fascia," this area ... 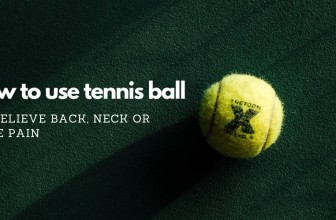 The myofascial syndrome is a muscle pain that usually occurs in a particular muscle and is caused ...